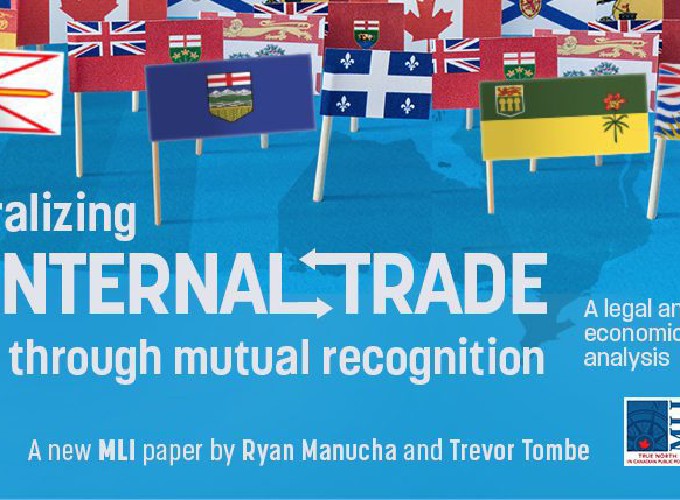 In Canada, provincial and territorial governments have constitutionally enshrined powers that give them considerable jurisdiction over the standards, rules, regulations, and certifications that govern goods and services. These regulatory divergences can and do affect interprovincial trade by making it difficult for goods, services, labour, and capital to flow across borders. These barriers can make it more expensive for consumers in one region to purchase goods and services produced in another, and as a result increase costs and lower Canada’s overall productivity.

This paper examines possible approaches to easing these trade frictions and recommends serious consideration of “mutual recognition,” a framework wherein an item of commerce that meets the regulatory requirements of one provincial or territorial government is deemed to automatically satisfy the requirements of another. Simply put, mutual recognition requires a host province to accept the standards set out by the province from which the good or service originates. As a result, mutual recognition can lessen the compliance burdens of goods and service providers and eliminate duplicative testing which makes it a powerful tool for eliminating policy-relevant interprovincial trade costs.

The economic implications of internal trade costs in Canada are significant. Currently, the volume of trade across provincial and territorial borders is equivalent to nearly 18 percent of Canada’s GDP. And in certain regions, such as the prairie provinces, Atlantic provinces, or the three territories, internal trade is an even larger proportion of GDP. Meanwhile, trade costs are relatively high, averaging between 8 to 22 percent (depending on the calculation method) when all goods and services are included. Clearly such costs can meaningfully detract from overall productivity and the living standards of Canadians.

Of all the approaches to internal trade liberalization, mutual recognition may go furthest towards easing policy-relevant trade barriers. In its extreme form, mutual recognition would allow any good, service, or professional credential to automatically be considered compliant in any given province if it is already compliant in another. In this situation, there would be no differences in rules or regulations, and therefore no interprovincial costs beyond time, fuel, and so on.

Measuring internal trade costs in Canada is a challenge because the barriers are not usually explicit charges placed on cross-border transactions. Instead, they represent the costs of complying with rules, regulations, standards, and certifications that vary from one province to another. This paper uses two methods to estimate the magnitude of such unobservable trade costs: an inferential approach that calculates an estimate of costs from the observed pattern of trade based on the Head-Ries Index of trade costs and a model of Canada’s economy that incorporates the latest available date (from 2018) to estimate the economic effects of internal trade costs.

Beyond estimating the scale of the trade cost reductions that mutual recognition could achieve, this paper also estimates the potential economic gains that could result. We find that Canada’s economy could increase by between 4.4 and 7.9 percent over the long-term - a significant gain of between $110 and $200 billion per year, equivalent to between $2900 and $5100 per capita - if internal trade barriers are eliminated by mutual recognition policies.

The potential economic benefits for Canada from adopting mutual recognition policies are large, but there are important trade-offs to consider. Trade liberalization requires that resources, production, and employment shift across sectors and even across regions. Sectors in one province that may not survive competition with lower-cost imports may shrink while sectors that see an increase in export volumes may expand. The same is true across regions. Workers in one location may move to another in response to changes in wages and prices.

Our model suggests that between 1.3 and 1.7 percent of Canada’s workforce would migrate across provinces in response to eliminating internal trade costs. In the long-run, these moves are productivity enhancing for the overall economy but are not costless in the short-run for the individuals involved. Such moves may be particularly costly if retraining is required. These adjustment costs are not captured in our estimates of the economic effect of trade liberalization but are nonetheless critical for policy-makers to consider.

With such large opportunities for additional internal trade liberalization in Canada and the consequent economic and productivity benefits that may result, however, these challenges may not be insurmountable. Pursuing mutual recognition policies within specific areas, such as trucking regulations, food safety, or financial services, may be appropriate. Whatever the best route forward, interest among governments to improve economic growth and liberalize trade may be higher today than any point in recent memory. And mutual recognition should be an important part of the policy conversation.